Things have been rather busy for me lately and while I haven't been attending so many costume events, I have certainly been busy. Much has been going on in my life this year.

First off, I quit my job, the reason:

I started University. I have decided for a career change and have gone back to study. I am doing a Bachelor of Information Technology at QUT in Brisbane. It's an exciting change, but it means that for the next three years, my life is to have quite a change. I really want to do well since I am investing so much money in it all, so I may not have as much time to sew as I have become accustomed to.

On that note, I have been slowly working on a couple of projects lately. In an earlier post, I spoke about Tinkerbell from Once Upon a Time. And while I am still planning to get that finished in time to attend Gold Coast Supanova in early April, I have another project on my hands in the meantime.

I have been invited to attend a Tolkein theme party in late March. I have never really planned to do any sort of Lord of the Rings or Hobbit costume, so I really struggled to choose what I would like to make. My rationale was to make something that would be a more than one time wear, that could be worn to conventions in the future. I considered making a hobbit costume, but I didn't really want to be one.

In the end, I came down on doing Spelled Galadriel. A costume shown in a very small portion of the first Lord of the Rings when Frodo offers the ring to Galadriel and she turns grey and evil.

I am really liking my progress so far. The biggest challenge I have faced is making the breastplate. This costume is my very first attempt at armour. I really like how it is coming along and I have made sure to take photos every step of the way so that I may be able to share my learnings. The success I have had is making me more confident in my plans for future costumes and I am looking forward to attempting making more armour.
Posted by Mel at 2:33 PM No comments:

Labels: Galadriel, Lord of The Rings, Once Upon A Time, Tinkerbell

I thought it was high time for a girls day out. On the weekend, I asked eight of my girlfriends to join me for high tea at Queenies in Nundah (North side of Brisbane). It was of course to be a vintage outing. It was so lovely to have everyone dress up in their vintage finery for a morning out to tea. A last minute cancellation saw my mum frock up to join us for the festivities. But it was a lovely group to spend some time with. 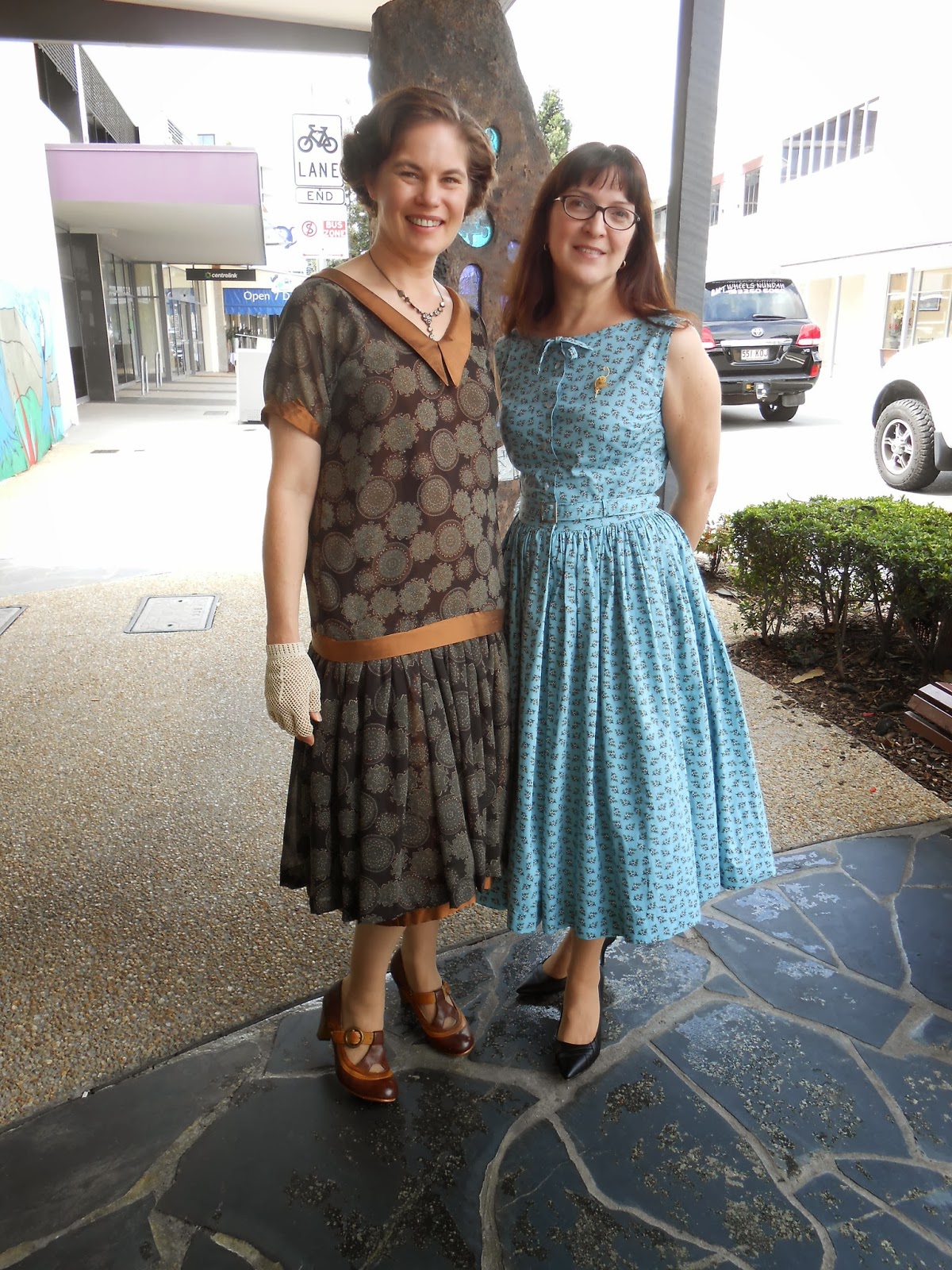 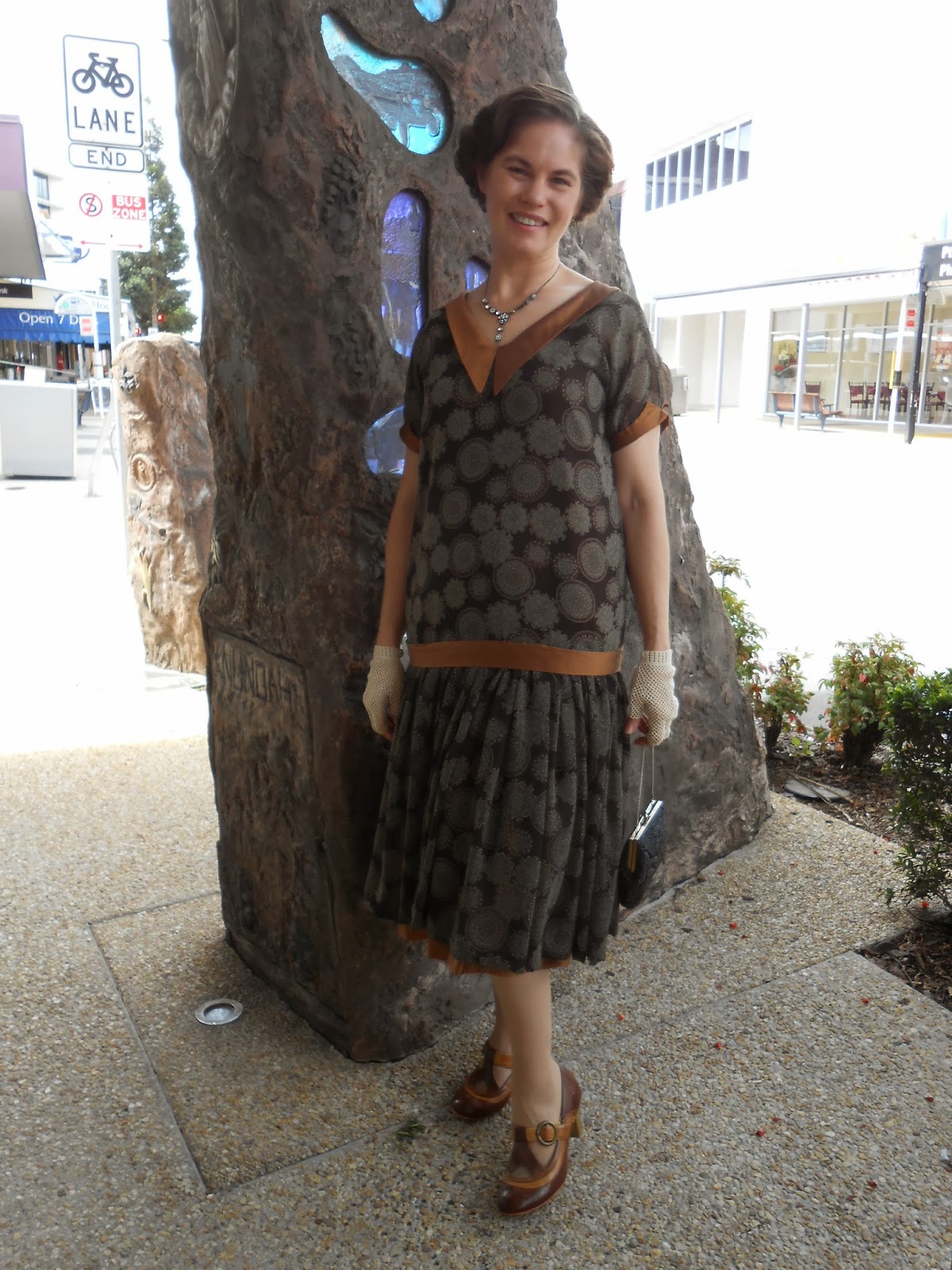 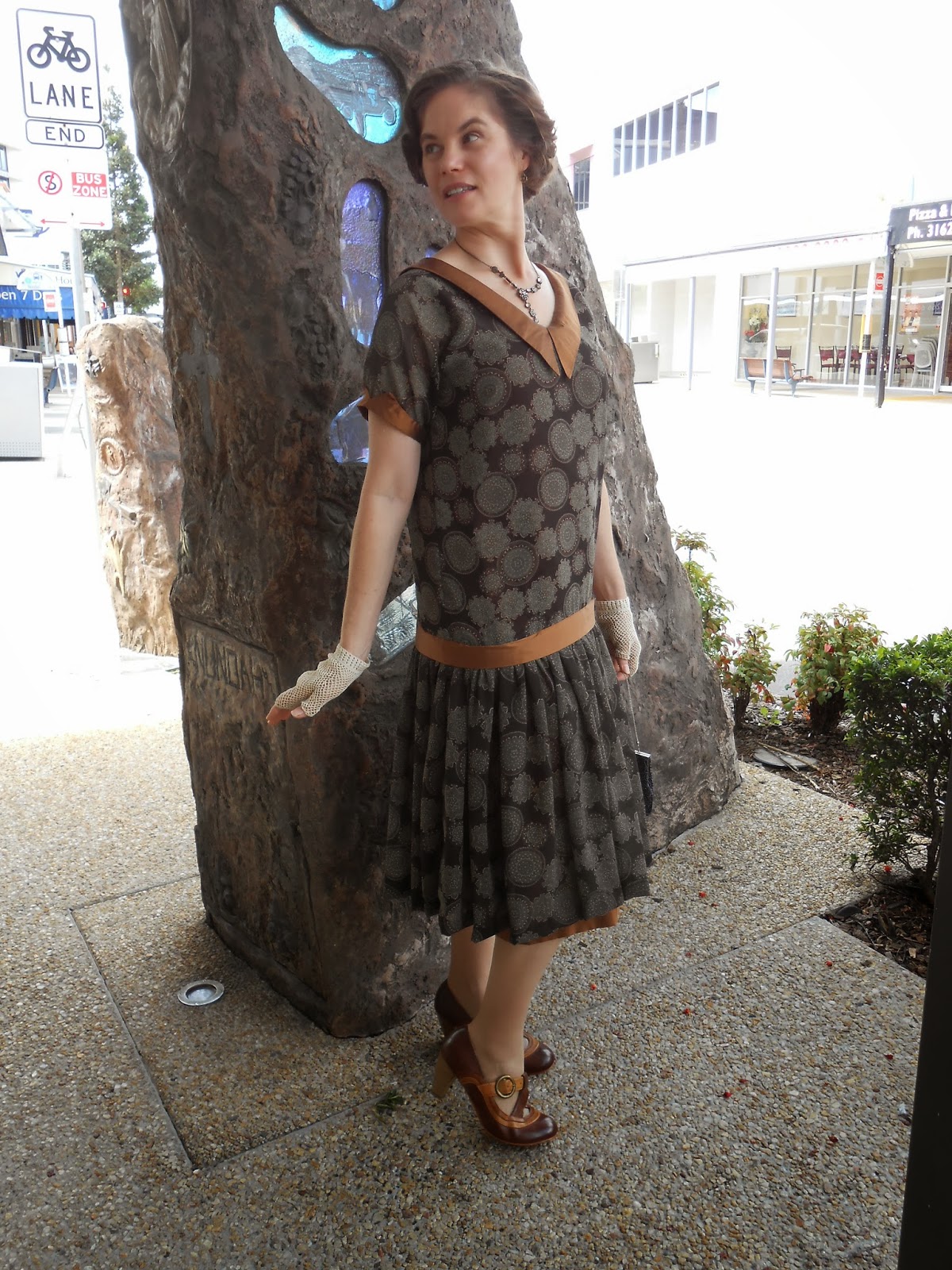 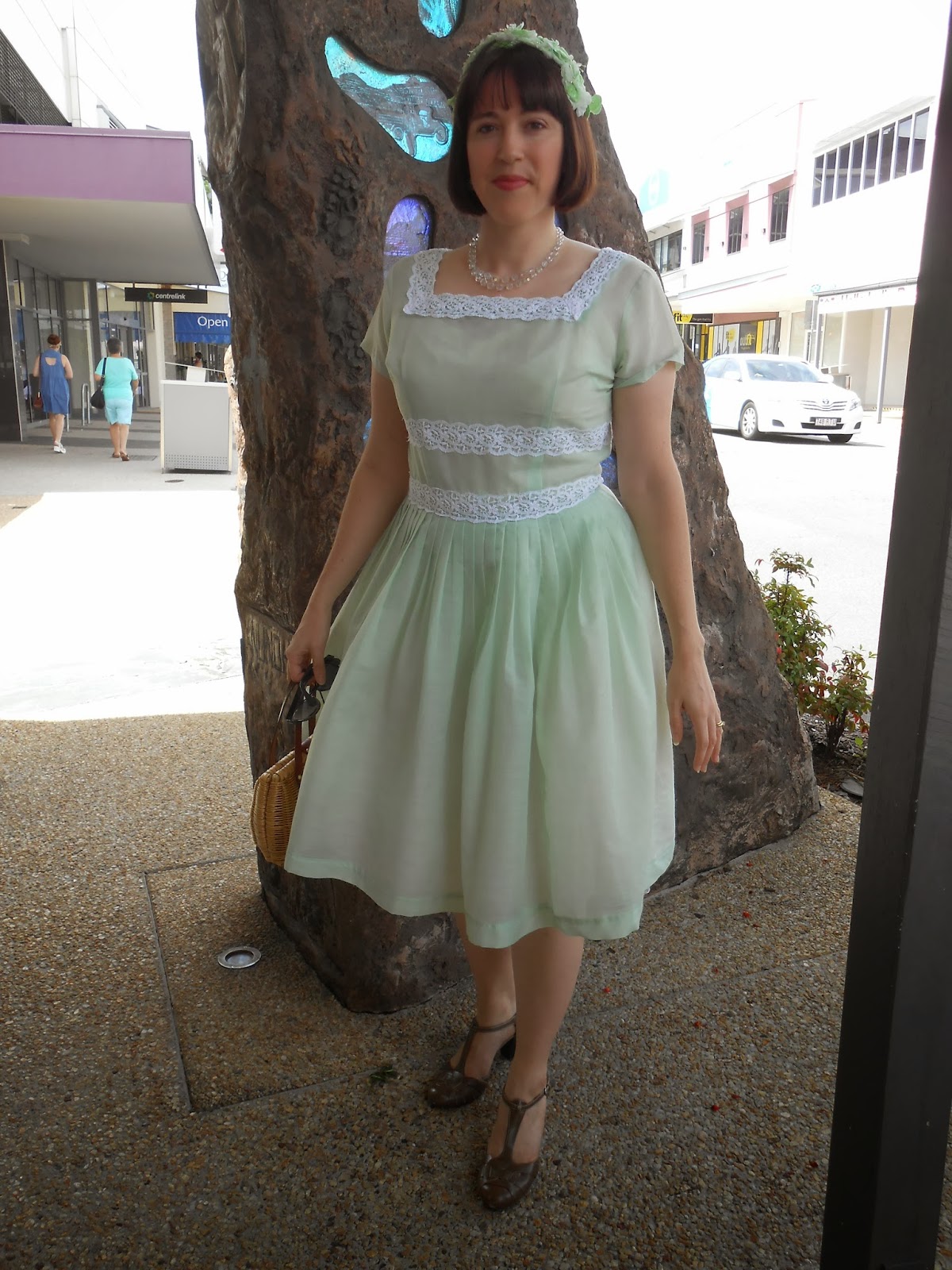 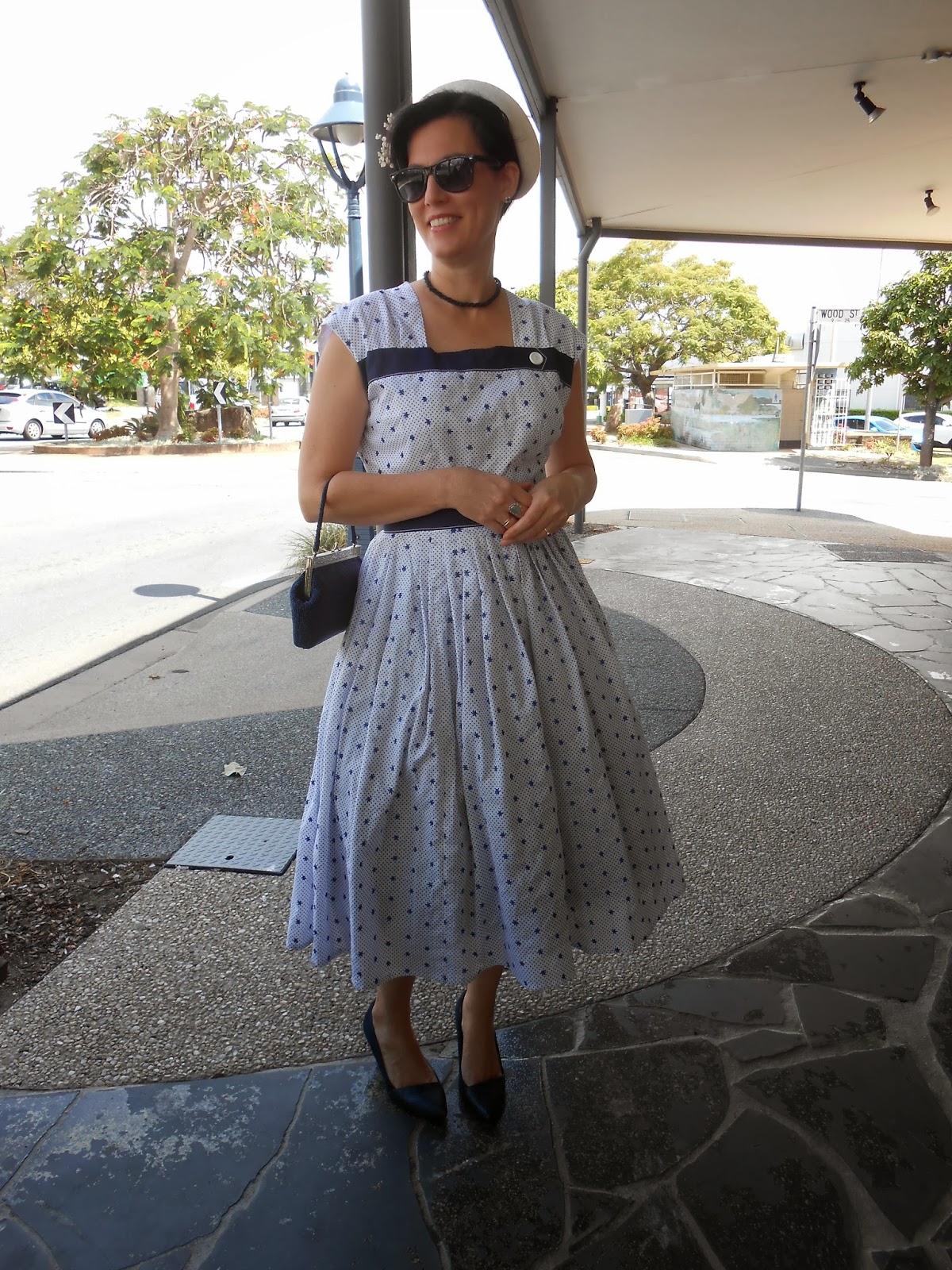 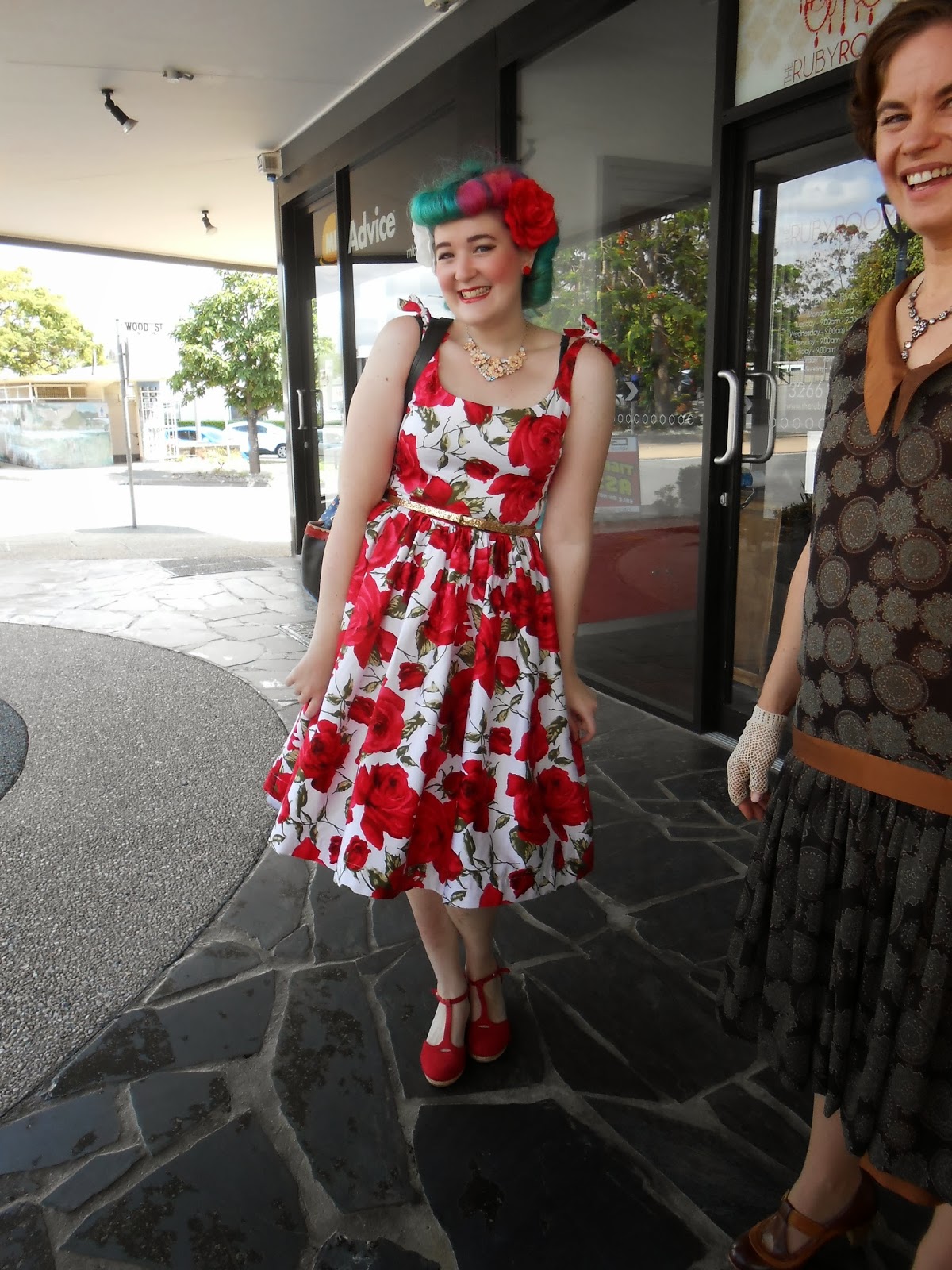 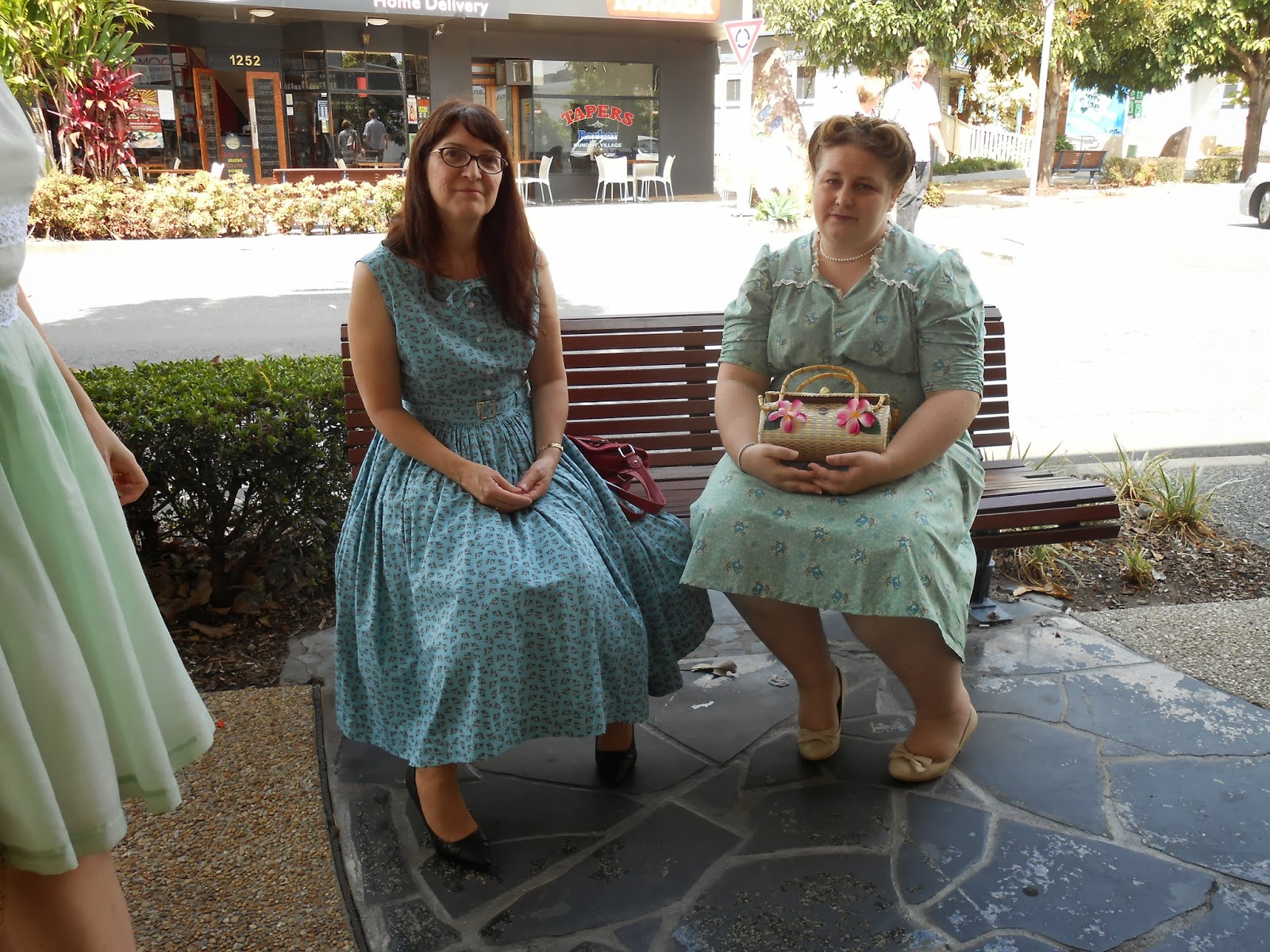 Tea at Queenies is fantastic. I pre-booked for us the classic tea. It is one of the best high teas I have been to in a long time, and a good deal at $35 per person. Quite a bit more affordable than many places that serve high tea. We sat down at our table and out came three pots of French Earl Grey tea to start us off. It’s a very beautiful blend and a great way to start. We polished off our tea and out came four more pots, this time stocked with Marco Polo – a rhubarb and cream black tea blend. It was so delicious that I picked up a bag for myself. 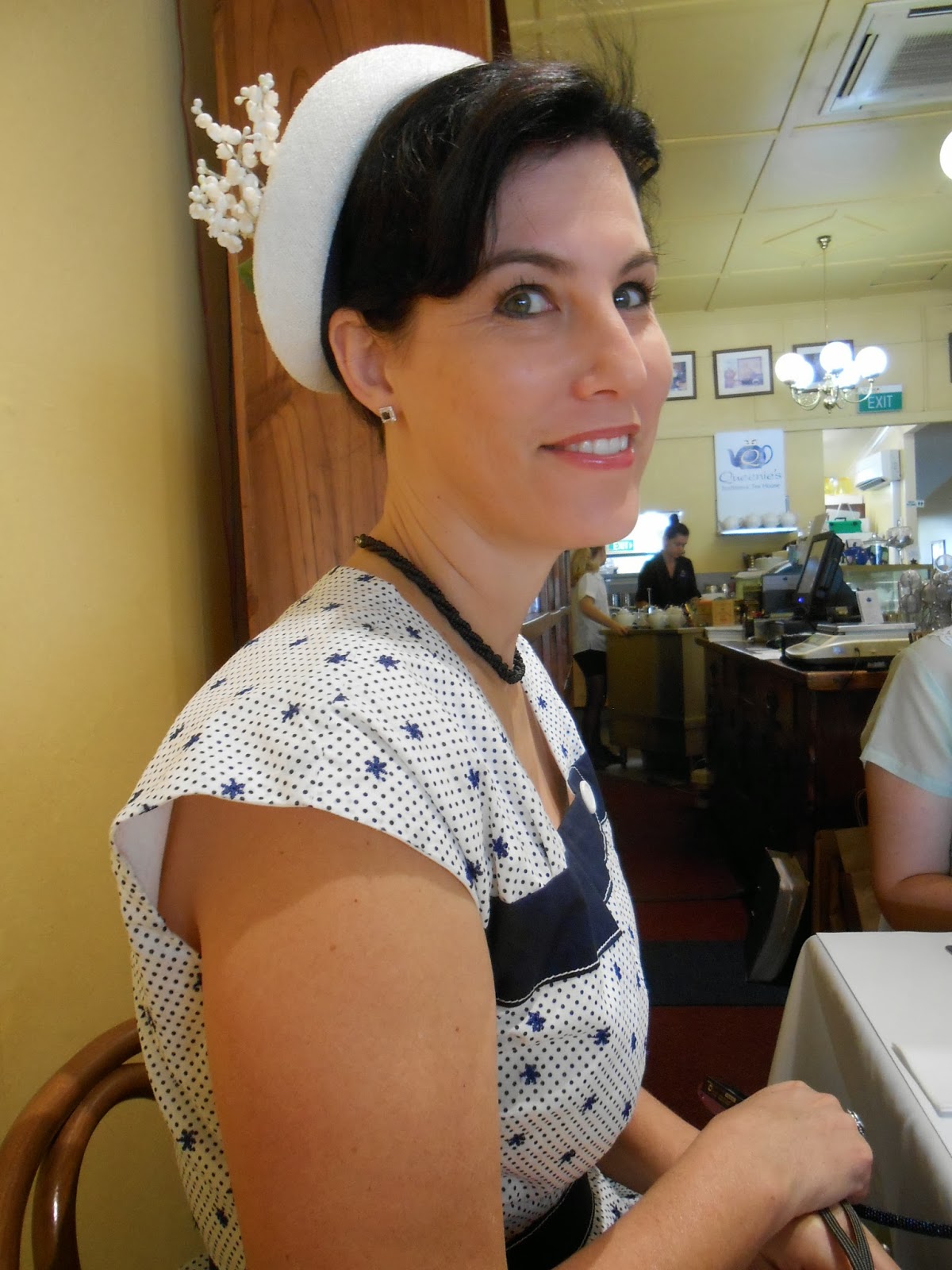 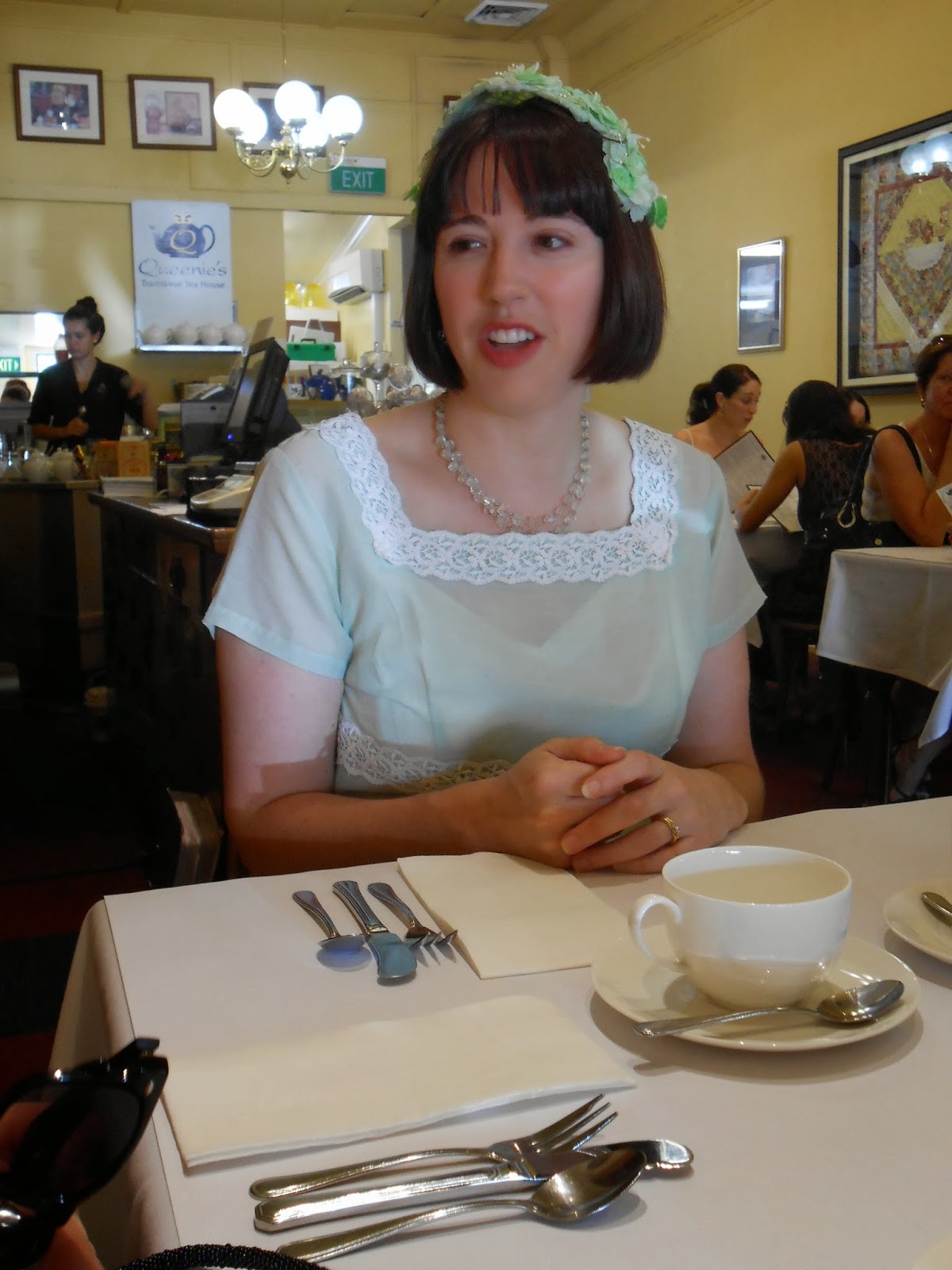 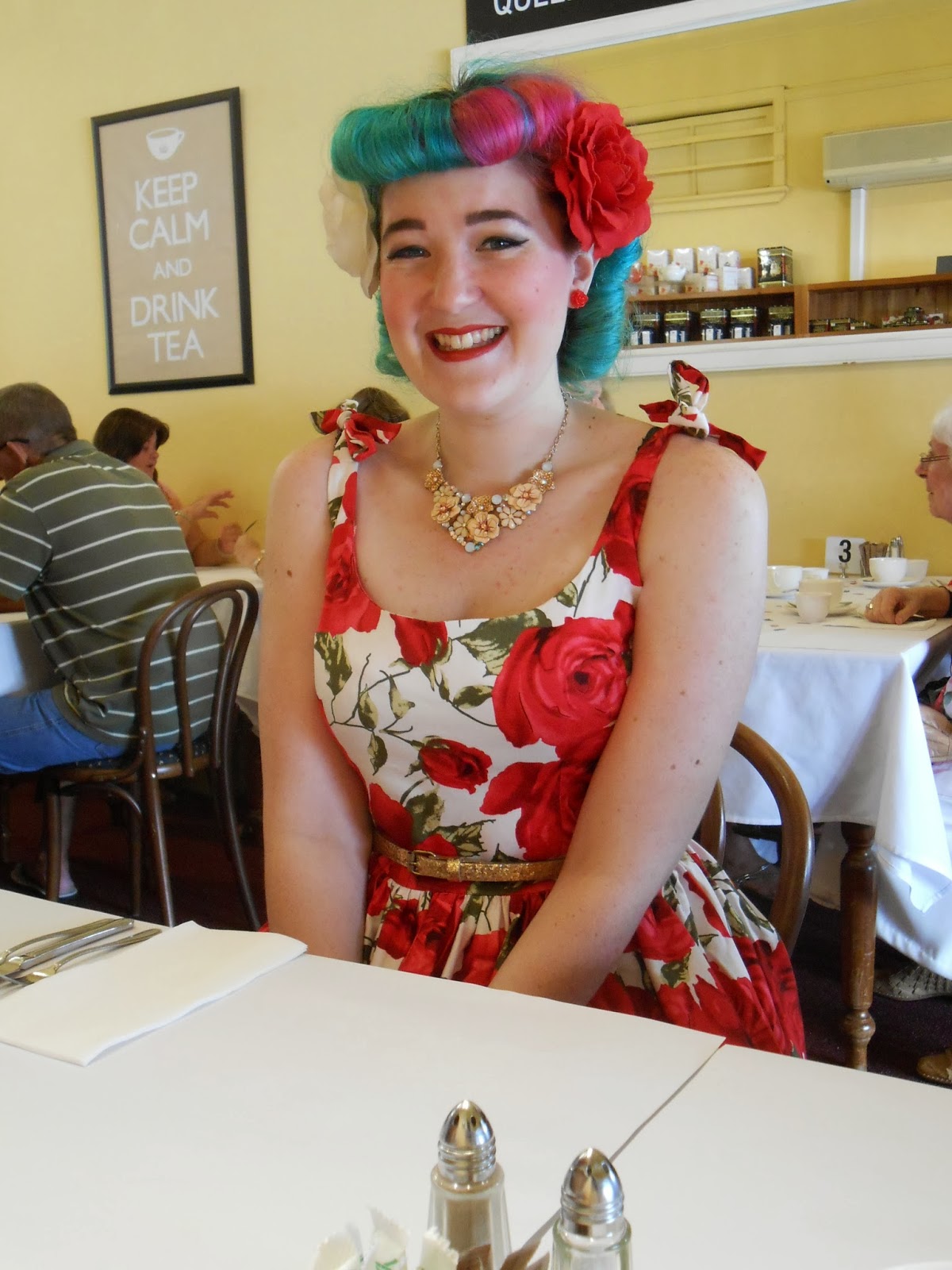 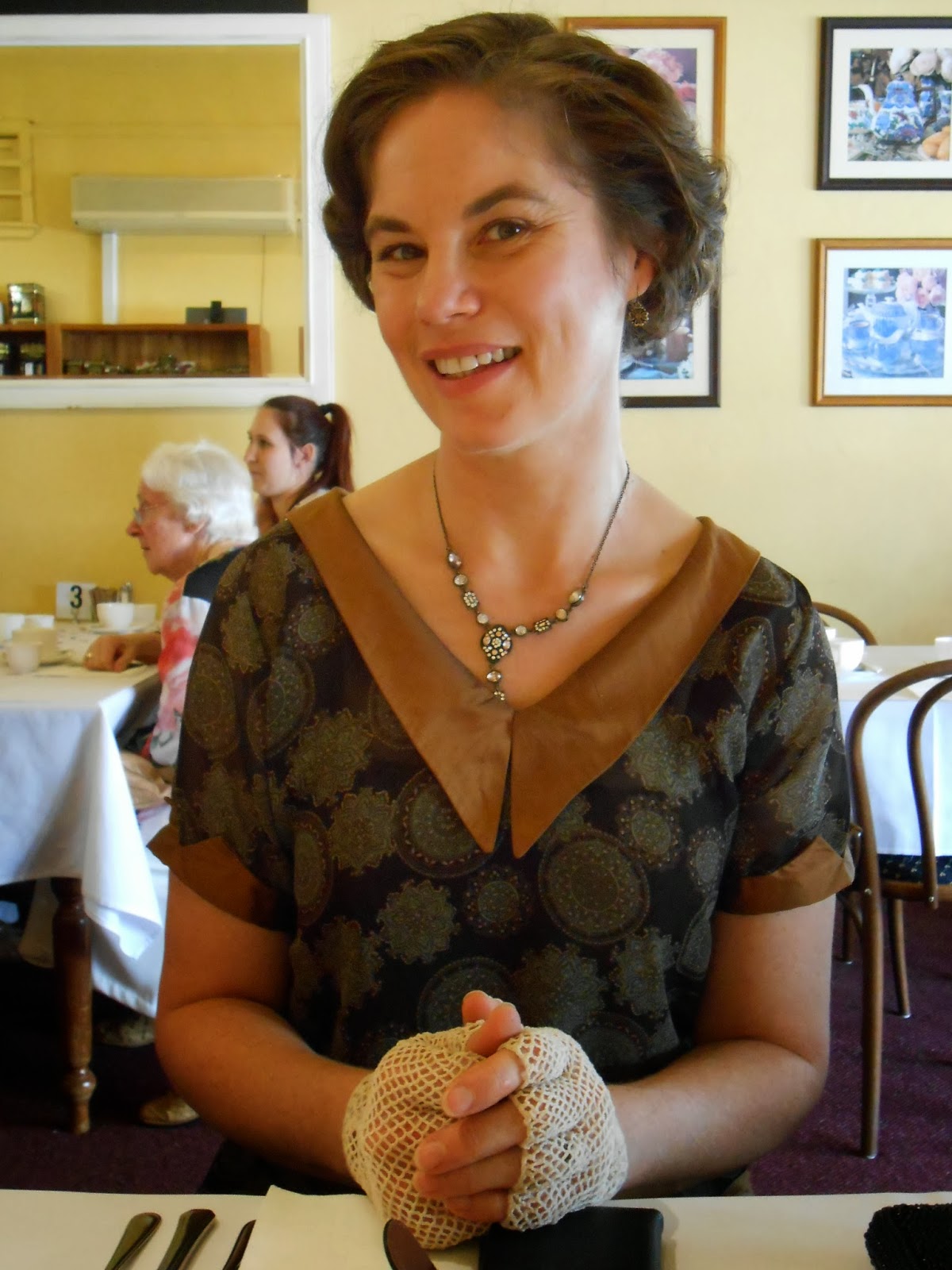 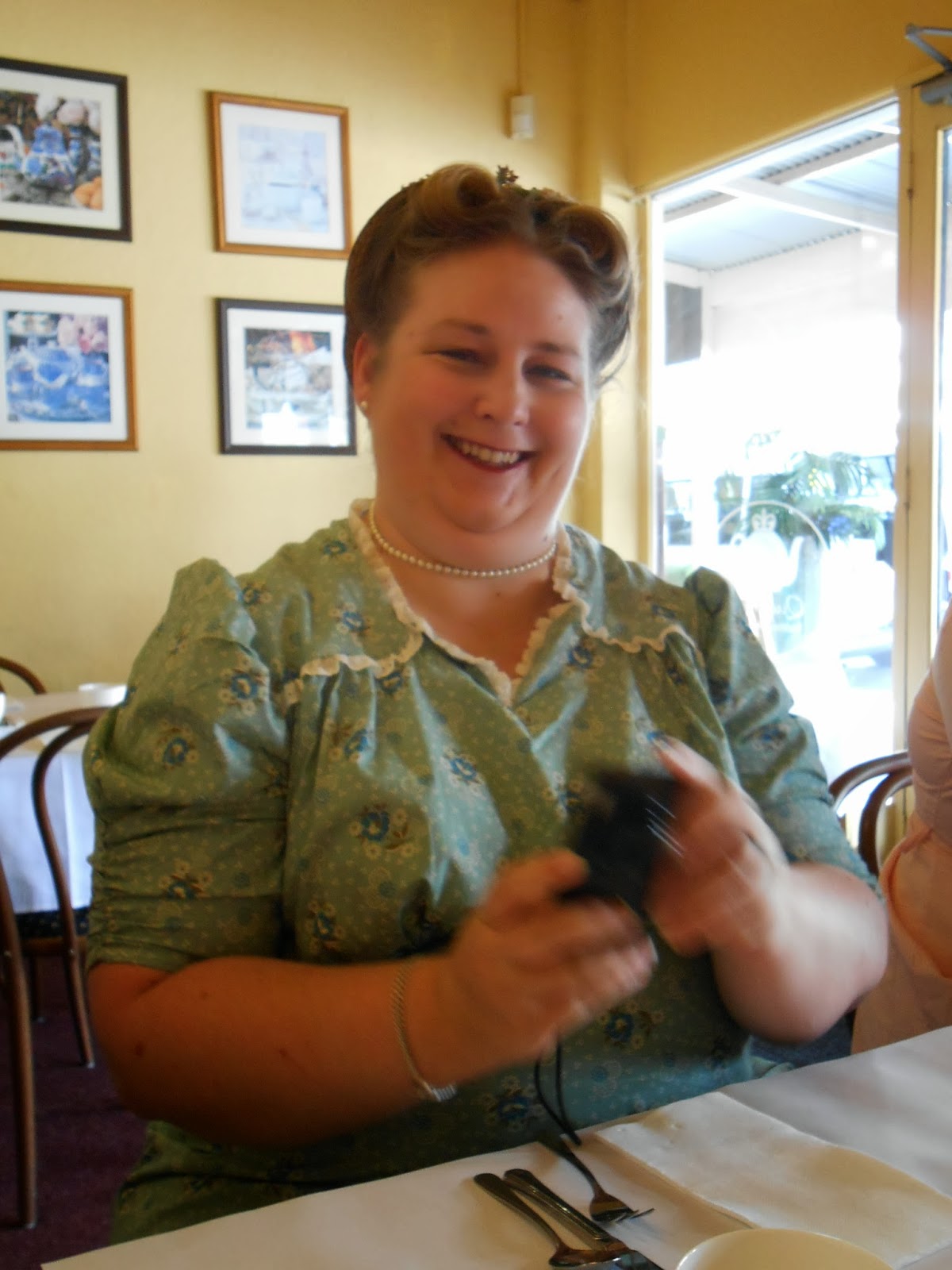 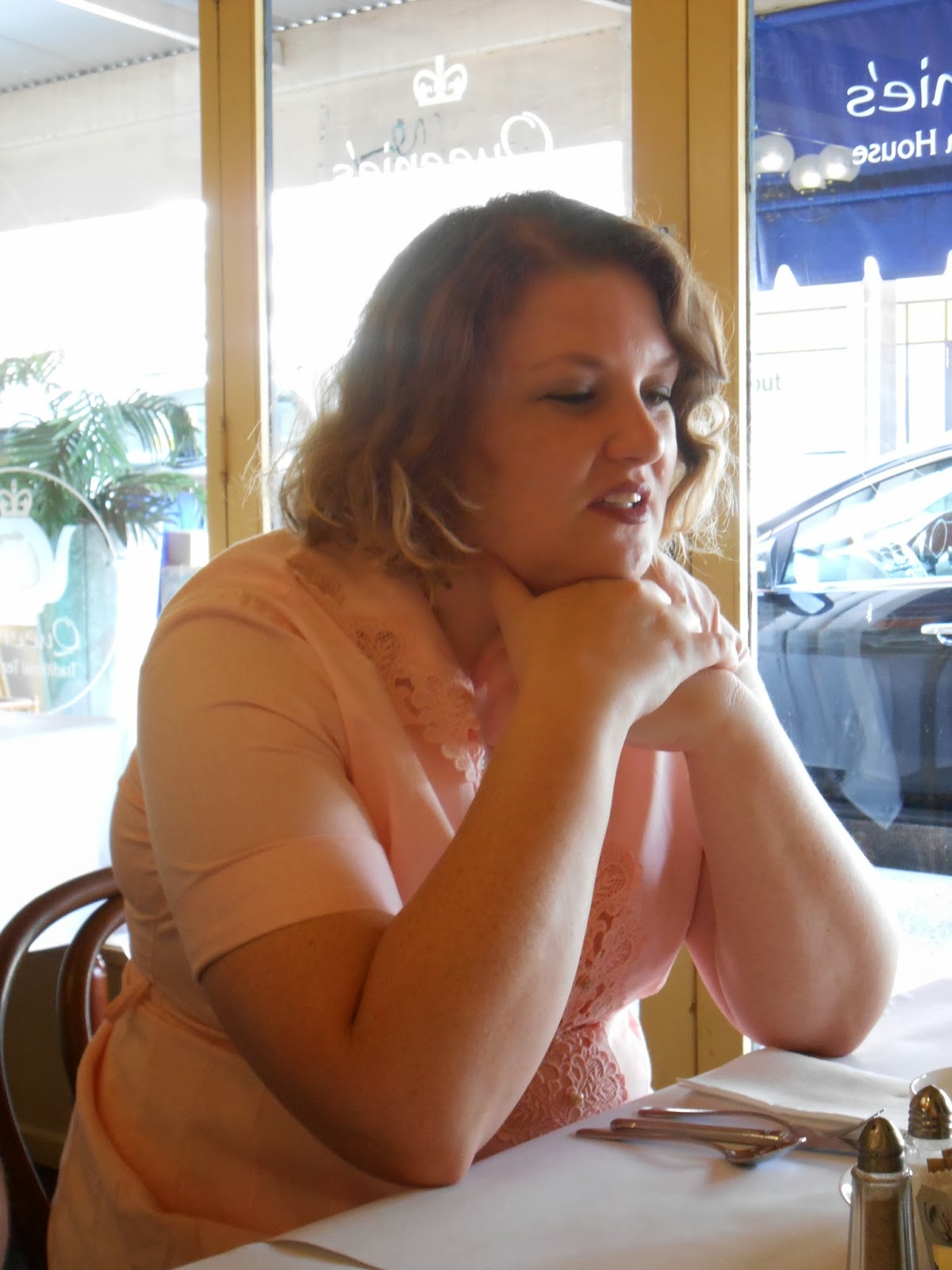 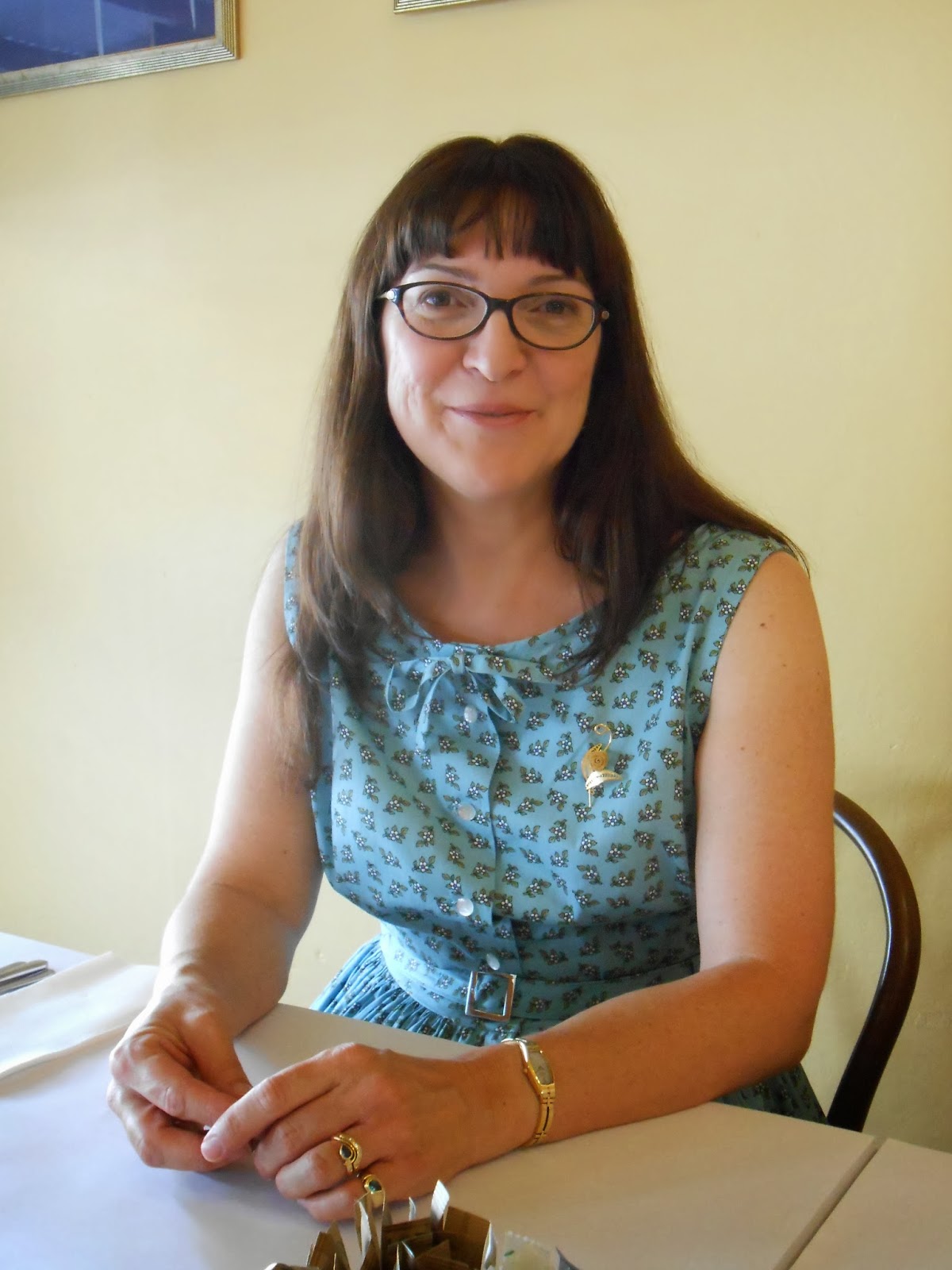 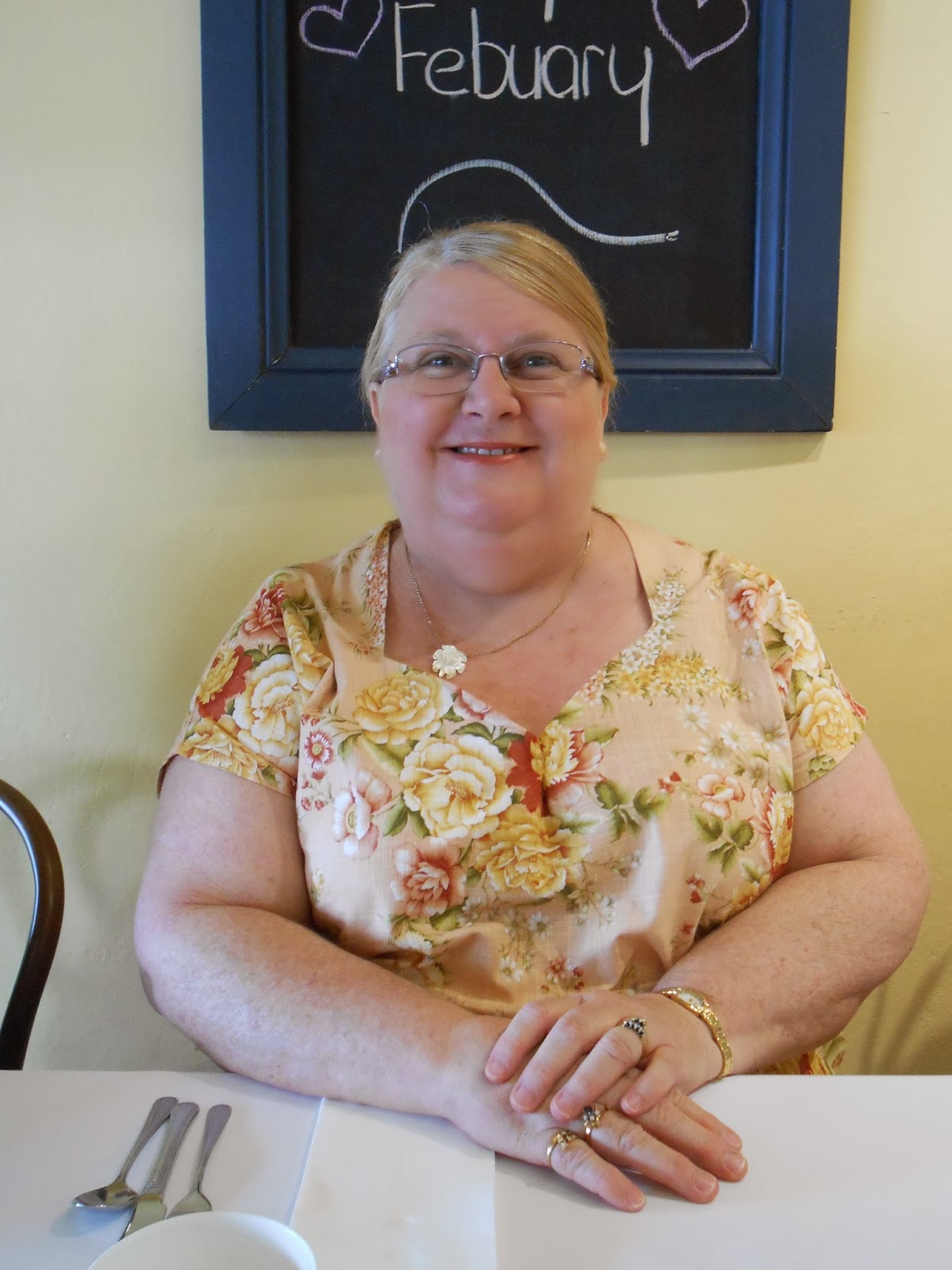 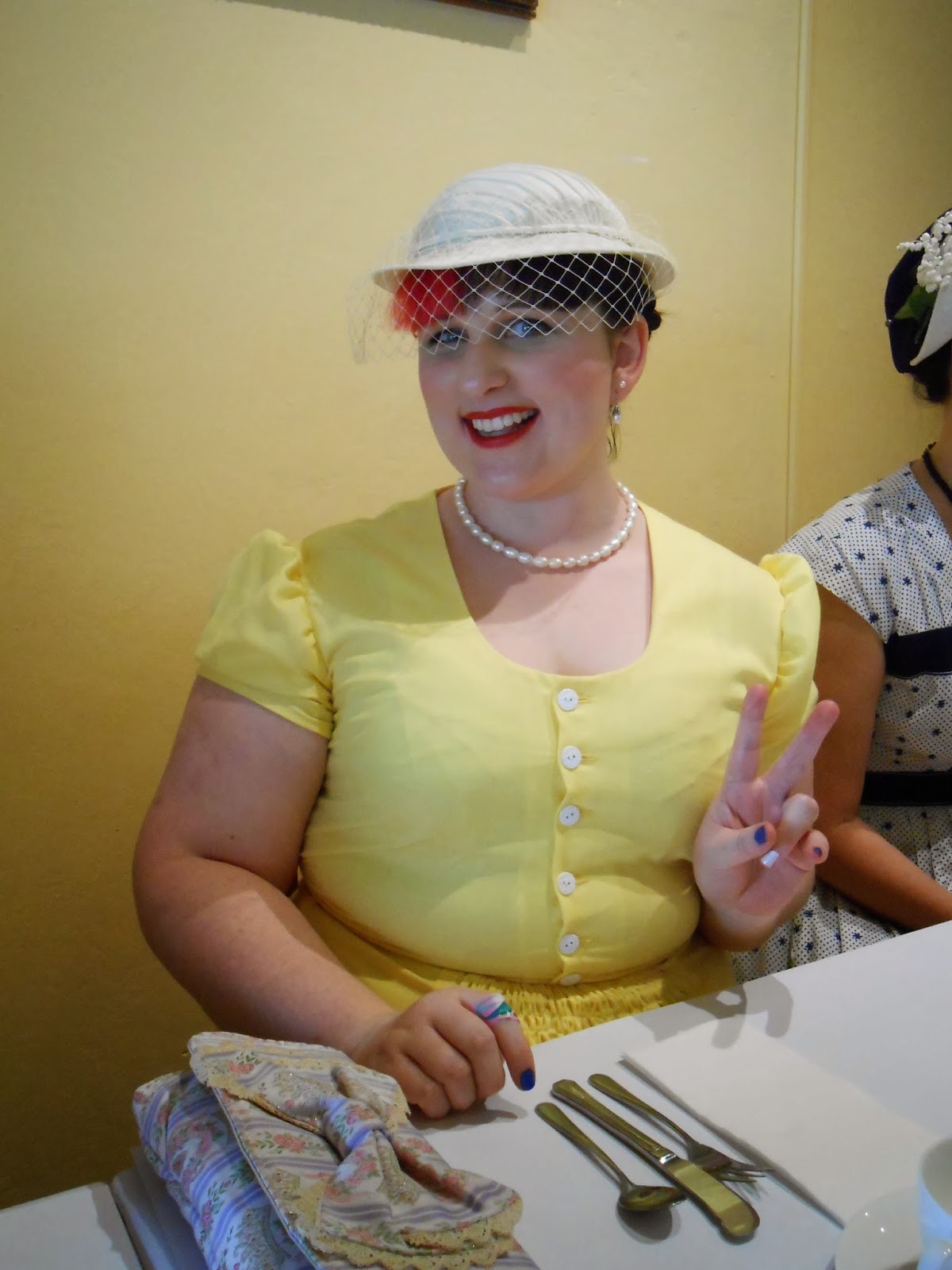 Then came the individual servings of food. We each got a three tier stand. The bottom, stocked with sandwiches, quiche and tart. The middle, with scone jam and vanilla cream, and the top with an assortment of sweets – rose jelly, chocolate butterflies, macarons, lemon tart. We did play a little food swapsies to accommodate the allergies of a couple of girls. It was a lovely spread. 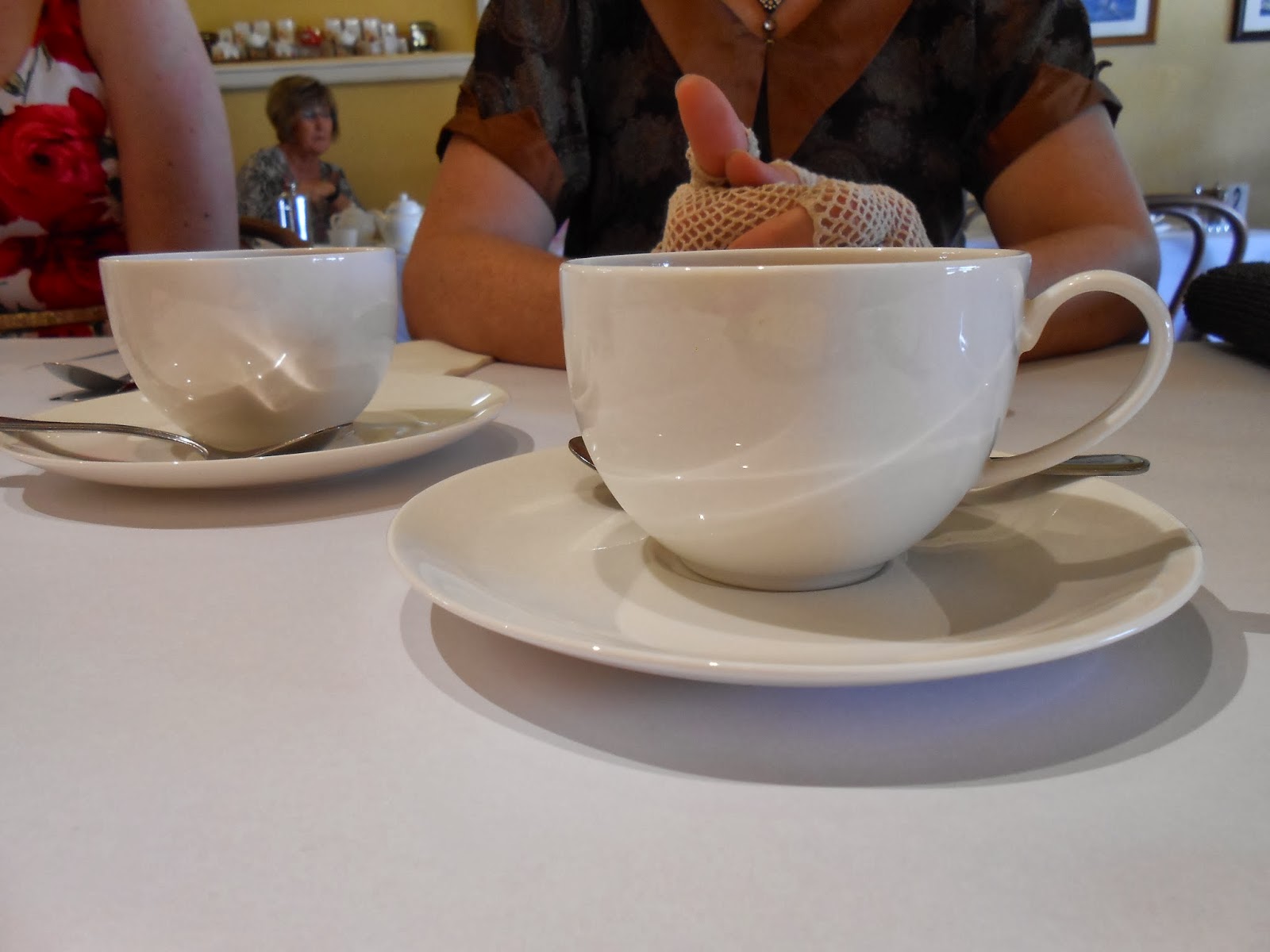 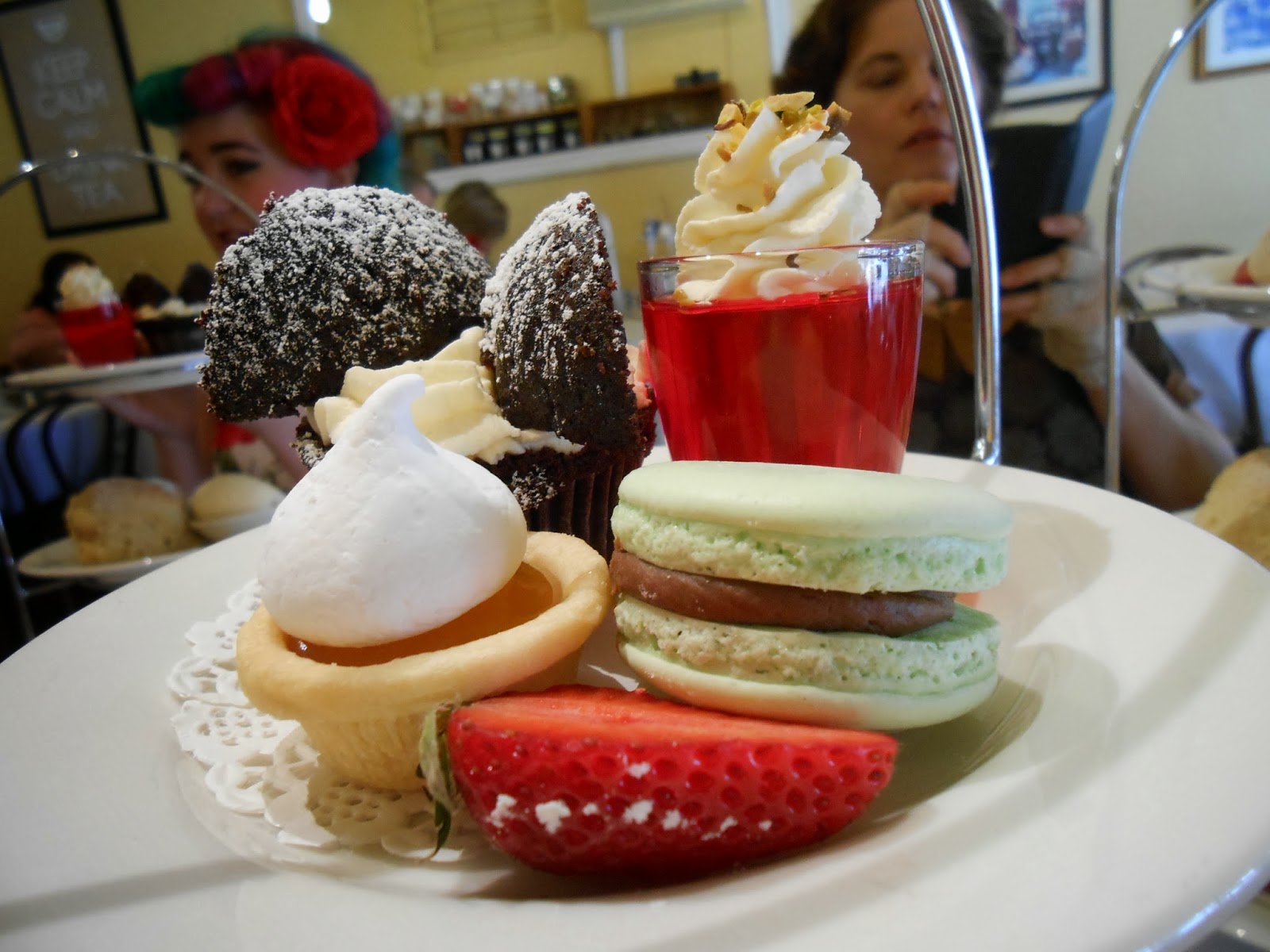 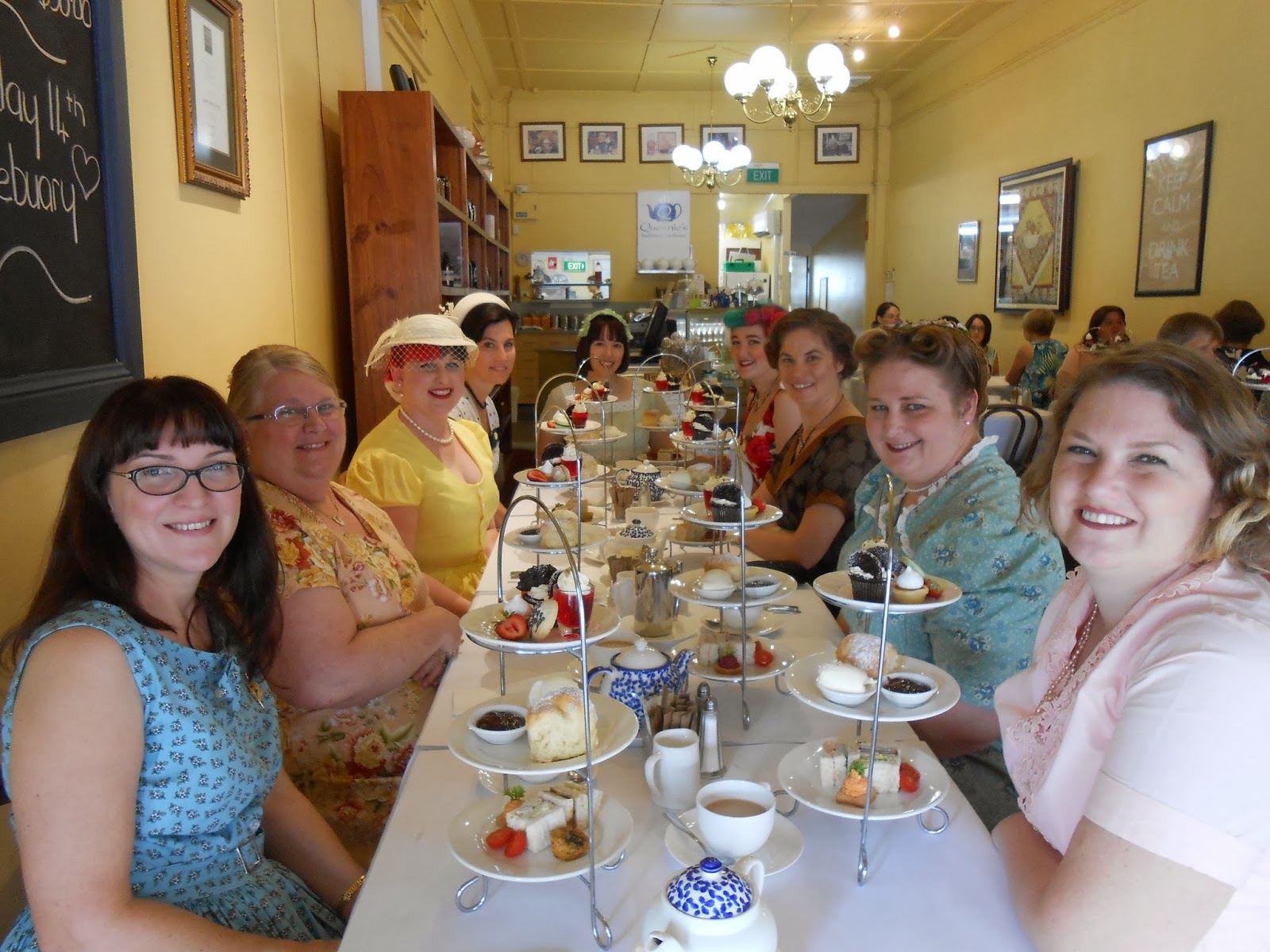 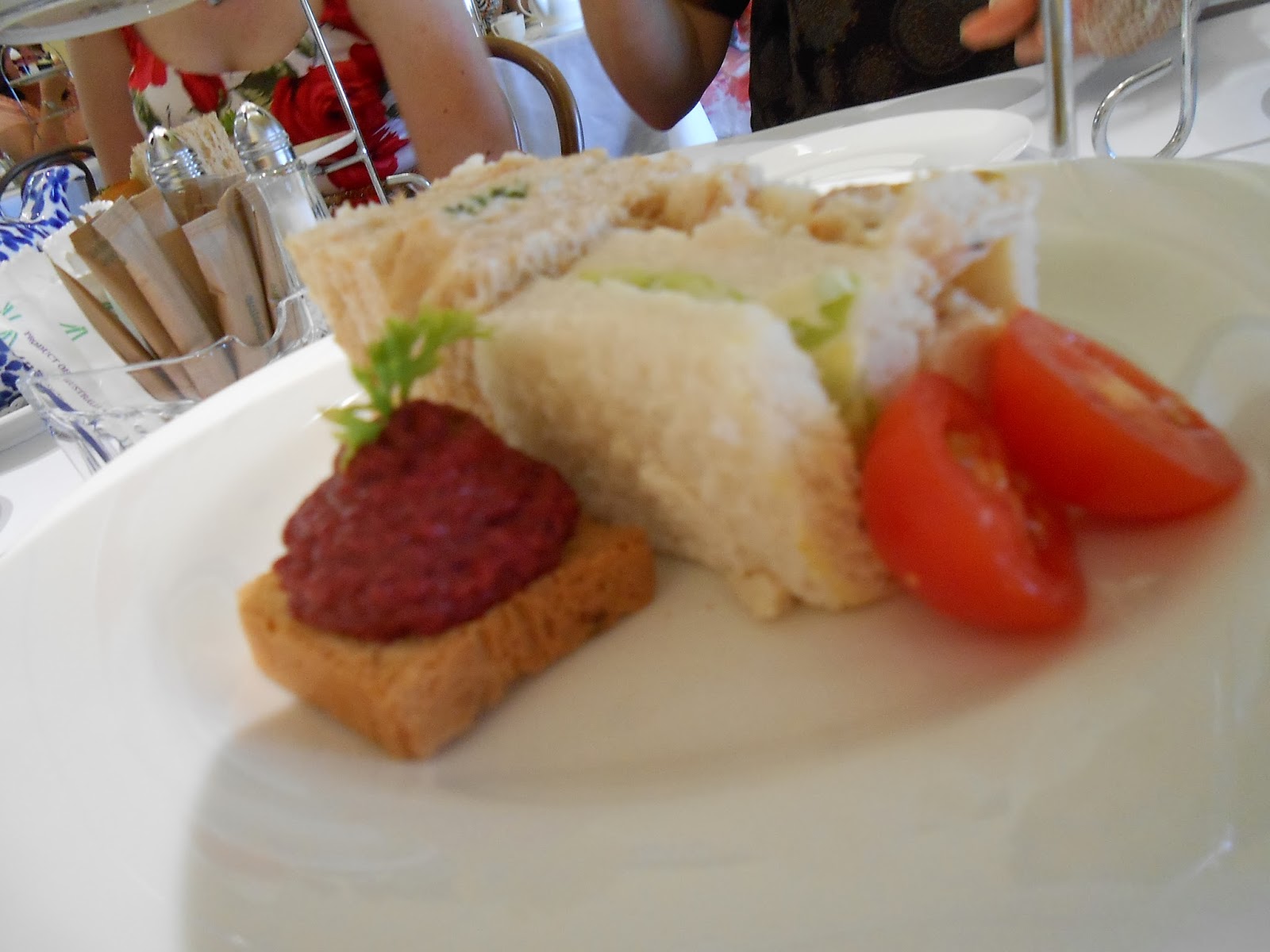 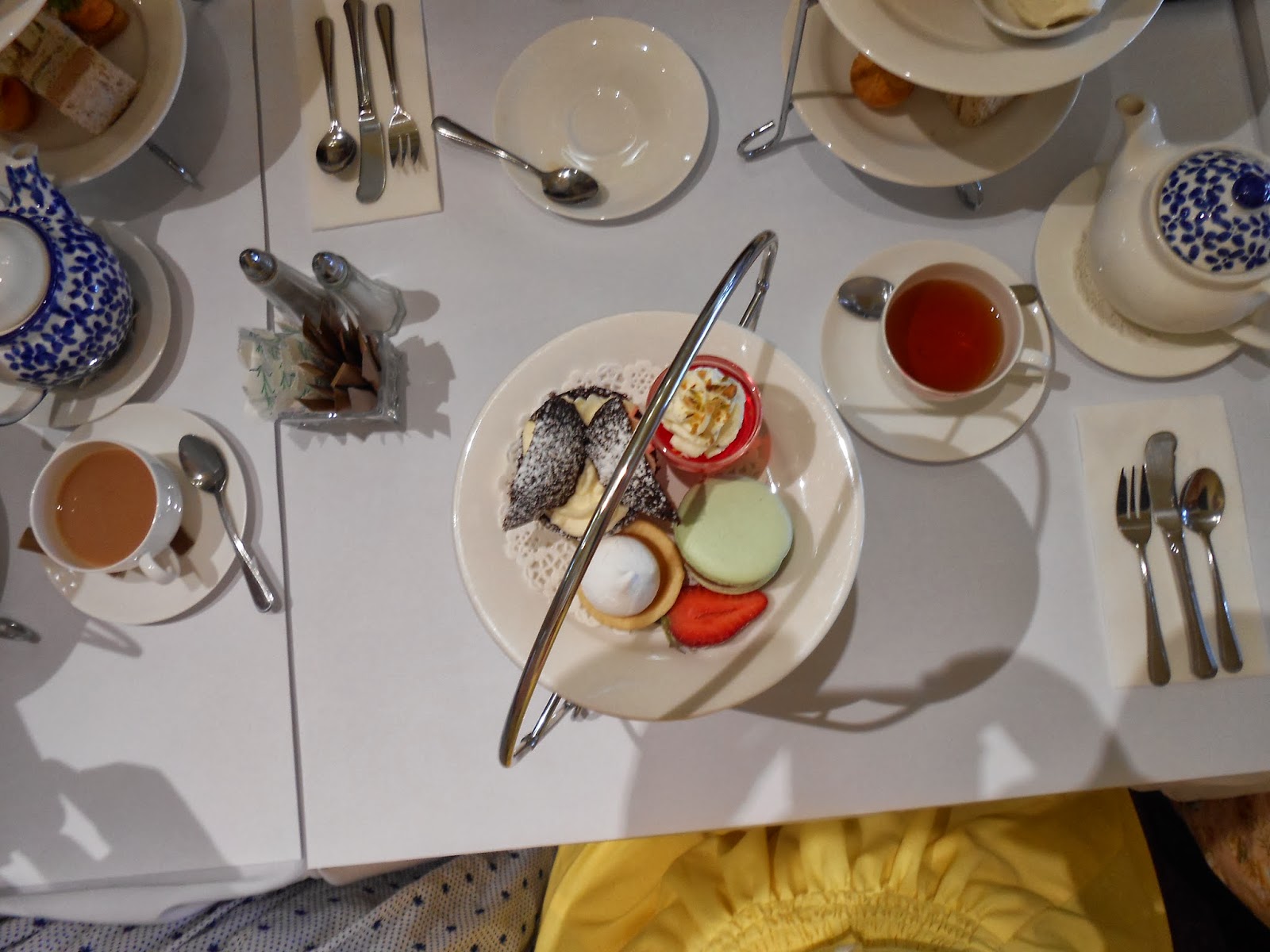 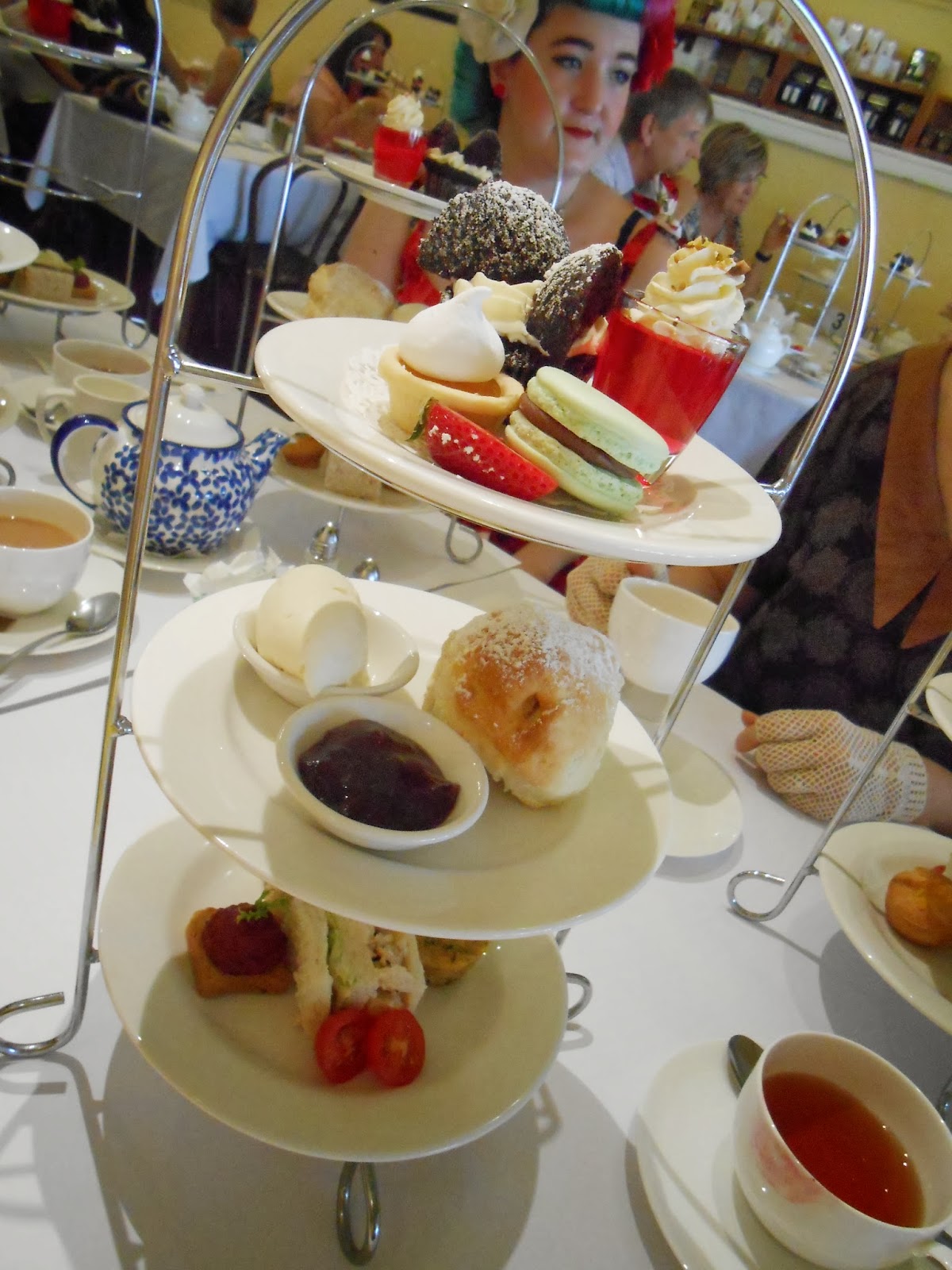 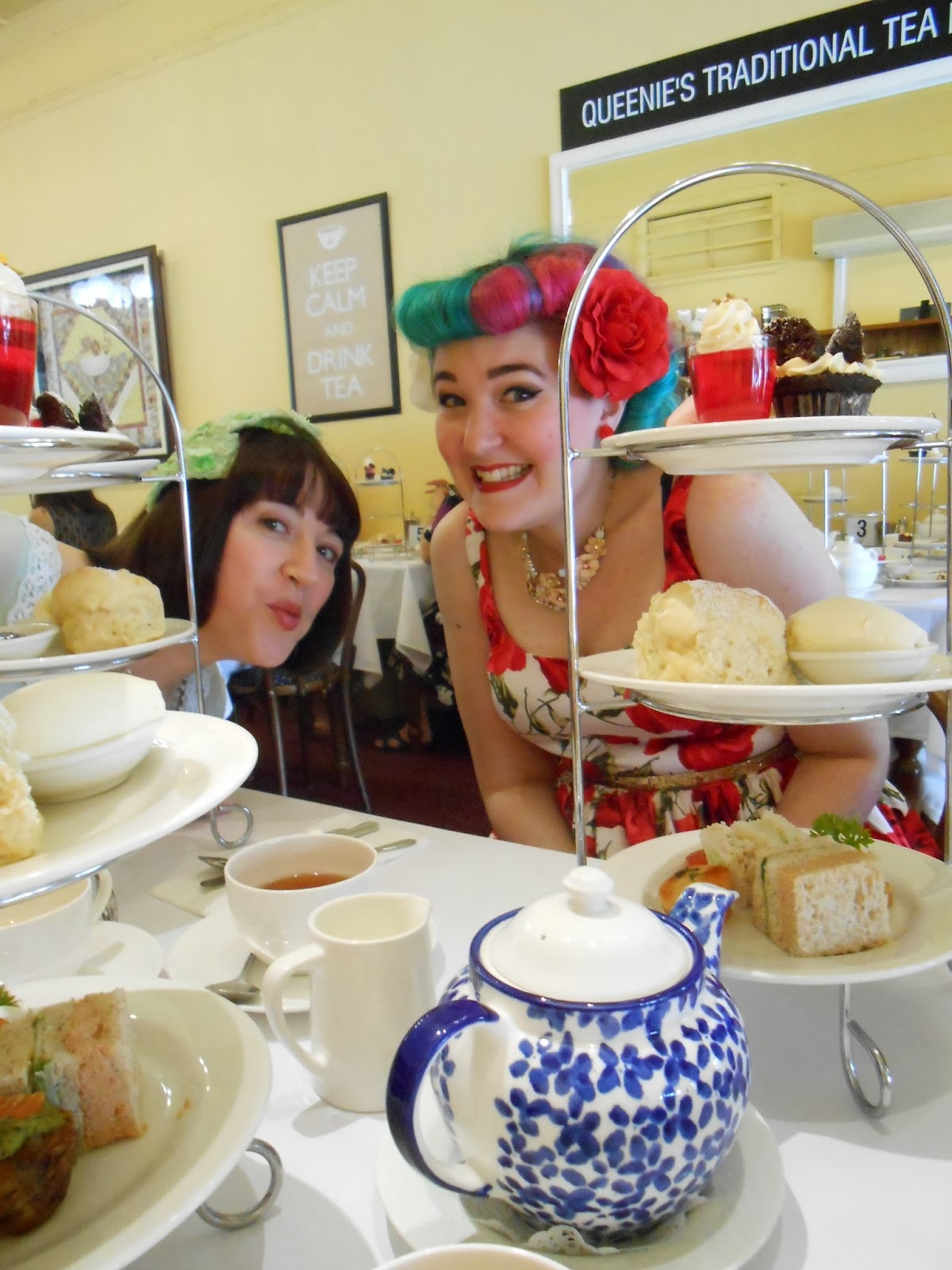 For the occasion, I decided to wear my new yellow linen 1940s dress. I have so many of this pattern dress made up, but I love the style on me, it’s comfortable and it has pockets. What more could you want in a dress? And the linen is lovely to wear. Cool enough in summer and quite a summery colour. I felt very appropriate for the day. And I am glad that I made the effort to organise the event. Must do this more often in future. 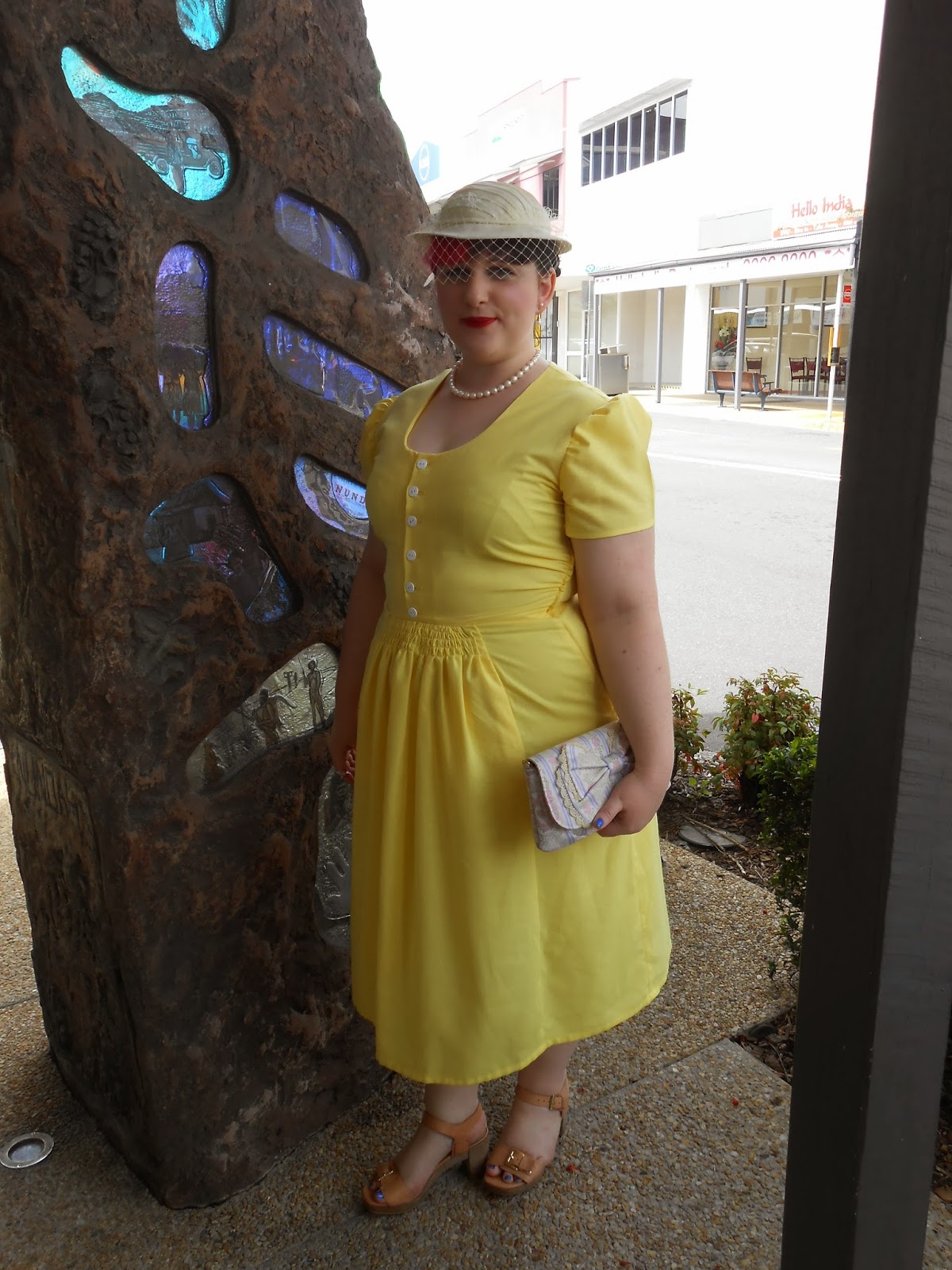 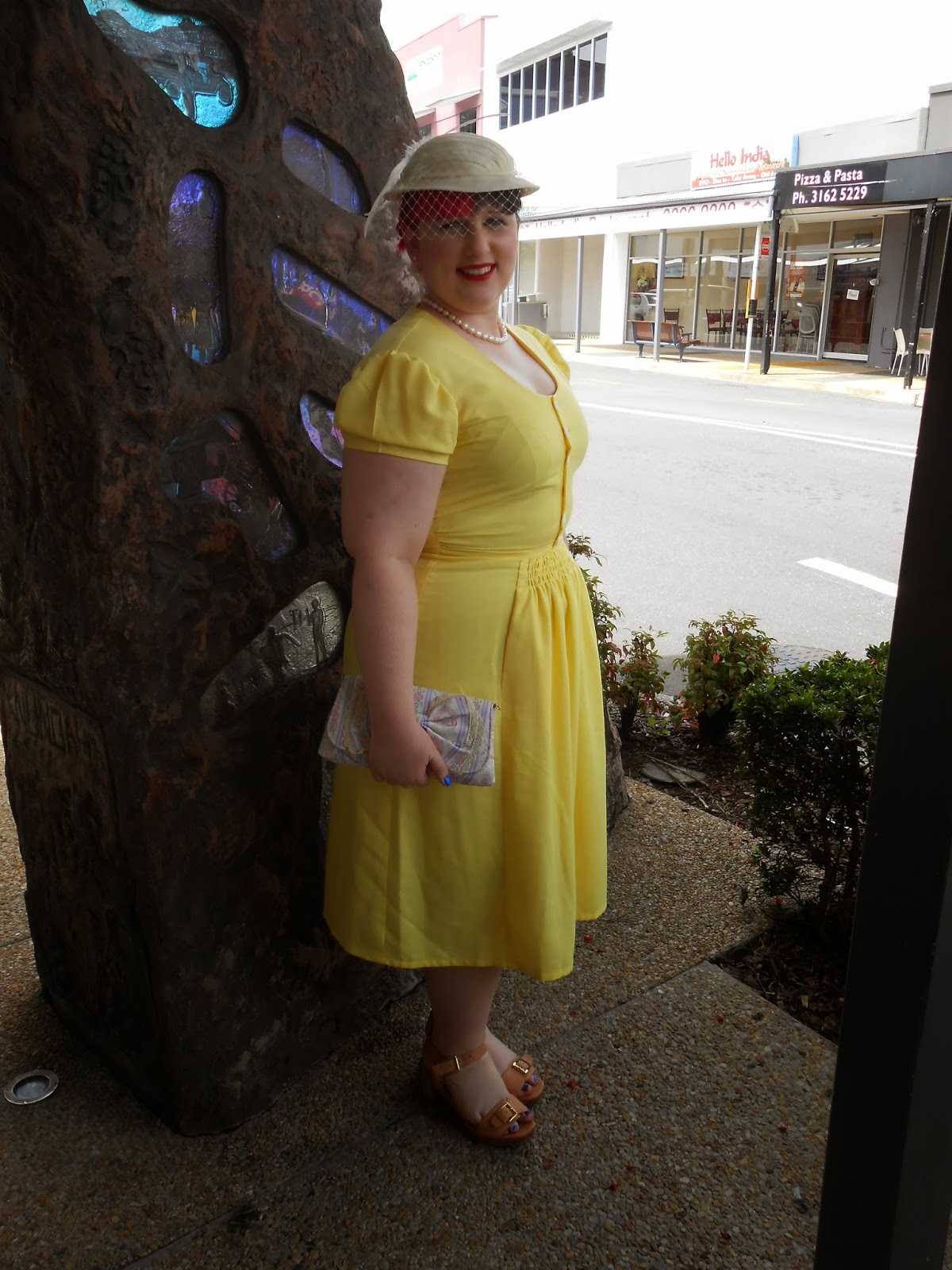 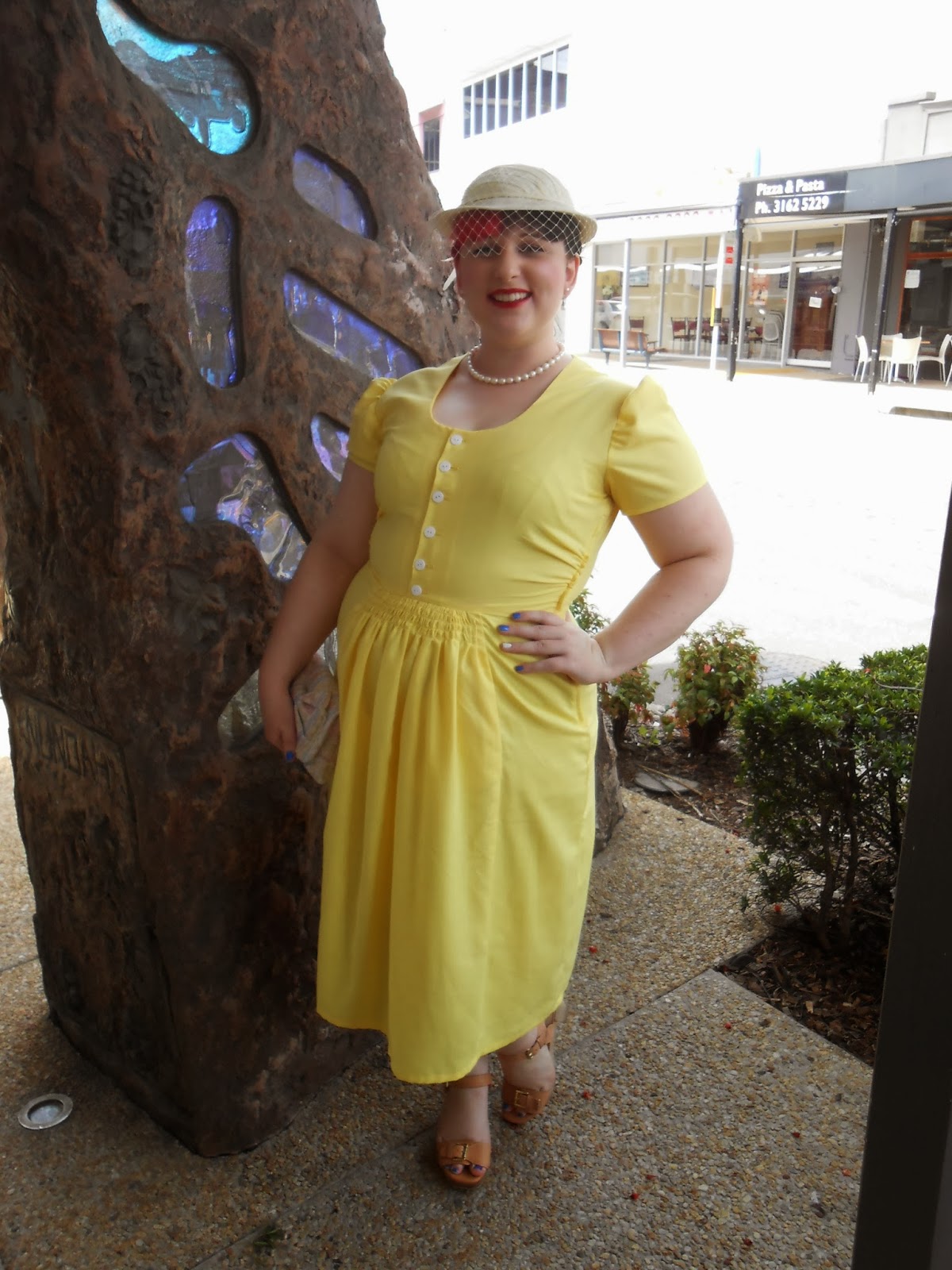 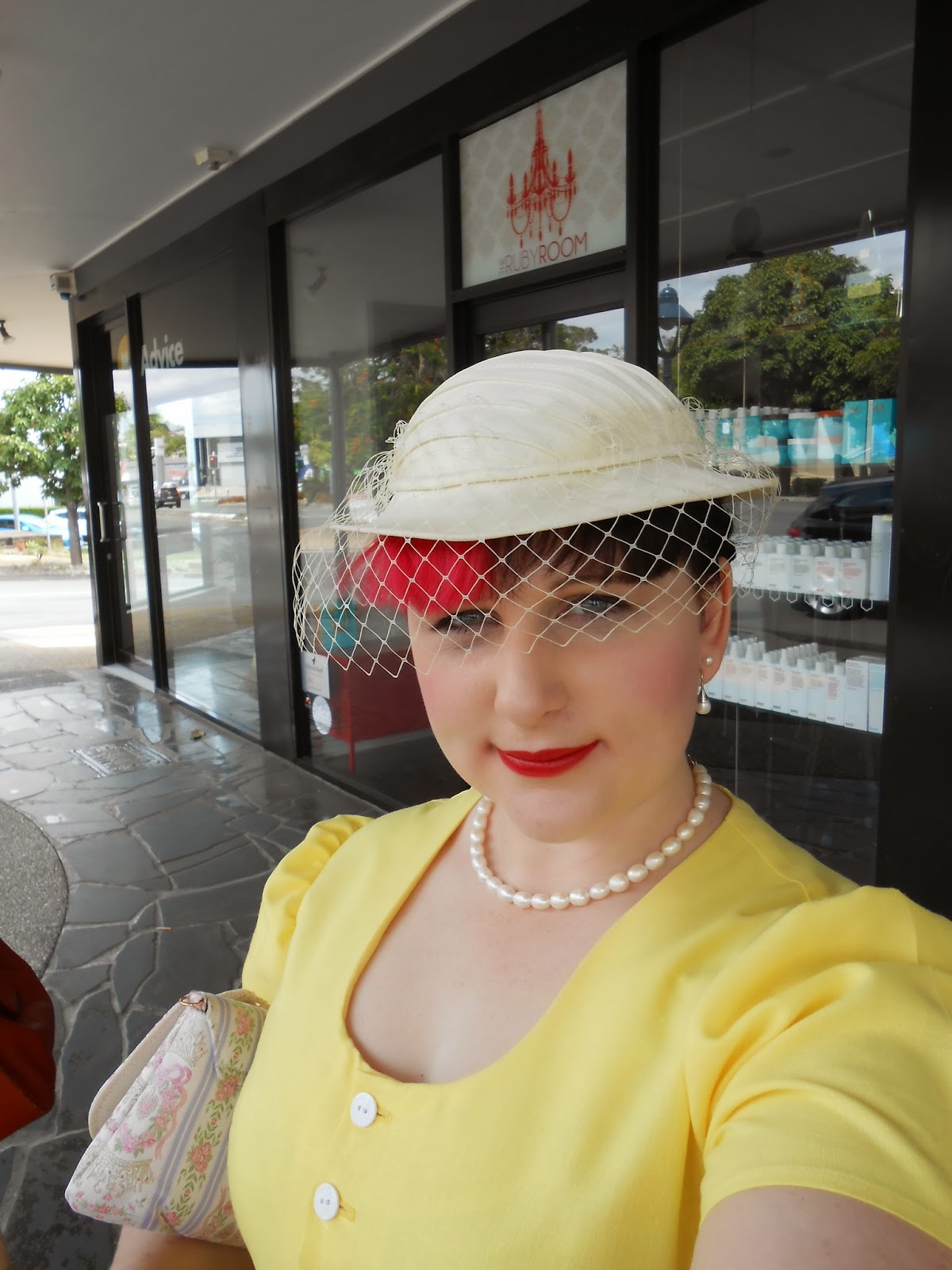